At the age of 55, Raven Blair Glover found her lifelong dream by the bedside of her mum whilst she was in the hospital. Born and raised in Cleveland, Ohio, Raven felt like she was Casper the Friendly Ghost amongst peers feeling invisible and unheard. It was not until entering her 50s that she decided to chase her dream of being on the radio. Her start on the radio began right from her kitchen table.

Today she’s a five times award-winning talk show host, celebrity interviewer, radio personality, and the recipient of President Obama’s Lifetime Achievement Award. Raven continues her work by mentoring other show hosts after launching 2 agencies during the pandemic – Beyond the Interview and The Profitable Podcaster Agency.

“Anyone over 50 can’t keep postponing their dreams and you need to make it a priority to turn them into reality, otherwise the world may never benefit from what you could have uniquely shared.”

Having an International Broadcast Media Empire for over 15+ years, what are some good experiences and challenges you’ve faced?

My best experiences include interviewing top industry leaders, as well as celebrities in the entertainment world. I’ve been able to reach out and have conversations with people I admire, including mentors of mine, but also people whose books I’ve read or that I’ve seen on TV. These are individuals I never thought would take the time to talk to me. Also, being recognised for the work I am doing in broadcasting and making a difference is incredible.

I started podcasting in 2006 when very few people were into this medium. At that time, the challenge was that I had to explain to every potential client exactly what podcasting was.

I didn’t have a broadcasting degree so I had to pave my way. The pioneers wouldn’t let you in the door if you didn’t have a strong journalism background. As a Black woman with no experience, I had to figure out how to get the attention of others, maybe through some of their summits or by getting them to interview me. I also invited people to virtual lunches, just to pick their brains.

Another major challenge for me has been staying up-to-date with technological changes. I started this work in my midlife so I didn’t have the technical skills that I needed and my age has made it harder to keep up with social media and broadcasting-related developments. I have stayed up late, until two or three o’clock in the morning, watching tons of how-to YouTube videos. Now that I have founded a broadcasting community, I consider it my responsibility to share the latest changes with the clients I’m mentoring, so I constantly read blogs and magazines to ensure I stay relevant.

Who has inspired you to become a talk show host, leading to your role working for CNN and CBS as a radio personality?

My first show, “Women Power”, was created in the hospital’s ICU with me sitting at a kitchen table.

I was inspired by listening to Alex Mandossian on a conference call training while I was living at the hospital. He said that the quickest way to become an expert is to interview other experts. Right away, I made a note of how I would begin and I became a self-taught talk show host while I was still at the hospital.

Alex advised: you could set up a free conference call and invite someone who is an author, speaker, coach or celebrity. Let them share their story, challenges and insider secrets with your audience.

He recommended that I should interview people in my niche so that my follow up questions would make sense because of my knowledge of the topic. He pointed out that if you put the recording on a podcast platform, possibly hundreds, thousands, or millions of people would be able to hear my message. That’s what inspired me to get started.

You found your career path at the age of 55. What would you say to women who may think age can have an impact on their career and suffer from ageism? 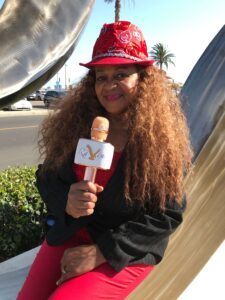 Many middle-aged women feel that way but it’s not true. Sometimes I feel like that too. I recommend tapping into your passion.

Find someone who does what you want to do and interview them. You’ll need some help. The good news is that you can learn a lot on YouTube or through amazing podcasts, mentors and books.

Anyone over 50 can’t keep postponing their dreams and you need to make it a priority to turn them into reality, otherwise, the world may never benefit from what you could have uniquely shared.

How was your experience being a recipient of President Obama’s Lifetime Achievement Award? What was the process and award ceremony like?

It was an experience I’ll never forget.

I got the email while I was in Hawaii, visiting my son in 2016. I thought someone was playing a big joke on me so I didn’t open it. I mentioned to my son that someone kept sending me an email, which said that I had been nominated for the Lifetime Achievement Presidential Award. He said, “Mom, this looks real. There’s a phone number. I think you should call.”

I called and discussed the details of the process with someone from President Obama’s Business Ambassadors’ office, who assured me that this was all very real.

The experience was amazing. At the celebration service in Atlanta, I walked across the stage, with my husband, as one of the 50 awardees in that ceremony. On that special occasion, I was also proud, as a Black woman, to receive a Certificate of Special Recognition, presented on behalf of the late Congressman John Lewis, the civil rights leader and long-serving member of the U.S. House of Representatives.

This honour is particularly special for someone like me who, as a child, always felt like Casper the Friendly Ghost. Even as I got older, I often felt dismissed. People seemed to think I was a big dreamer who wanted too much, so this high level of recognition meant a lot.

I wish my mom and dad were alive to share the moment with me and I had a photo of them in my pocket to keep them close. However, it is great to know that I can pass this on to my grandson, who was in his early twenties at the time.

Family and friends who live in Atlanta were there to watch me walk across the stage. It was really special.

Have you faced backlash from interviews you’ve done?

I stay away from controversial topics because I prefer to focus on positive programming. I prefer to stay in my lane and keep my content positive.

However, there was one instance when I interviewed an actress from popular TV sitcoms and movies and a listener emailed to convey her dismay that I had interviewed this individual. I decided not to respond because I could tell that this was coming from a personal perspective and I knew we would have ended up going back and forth about it.

What are the differences between the two agencies you are the CEO of – Beyond the Interview and The Profitable Podcaster Agency?

Beyond the Interview is an agency that helps podcasters, broadcasters and their guests ignite their name, brand and business exposure way beyond the initial show or guest interview. We get them featured on radio and TV or print media, so they can become experts in their niche.

The podcasters can make up to 70% commission on any purchases their guests sign up for, such as streaming TV channels, custom mobile apps, bestselling author opportunities and media releases published on CNN, ABC and other national news blogs.

The Profitable Podcaster Agency is designed to help amateur podcasters make professional income without having to do the work of creating products and services. They love what they do but they hate that they’re not making money from it. I’ve been there myself so I developed this agency to create a community and mastermind where they would get the training, mindset, and a system to monetise their guests by offering them a variety of broadcast and media services, which are available in the Beyond the Interview Agency.

Who are some of your favourite people you have interviewed?

Montel Williams stands out because the interview was so real, particularly when I heard his voice crack as he talked about his near-death experience. This was early in my broadcasting career and I was in awe that I was interviewing Montel Williams and he was sharing so much so authentically.

Another exceptional interview was the one I did with J. B. Hill, grandson of the late great Napoleon Hill.

Also, my first interview with Alex Mandossian brought me to tears. He was my mentor and went on to become a friend but at the time, I was one of his many students. That interview will always be dear to me because I had come full circle after his words had inspired me when I was at the hospital.

Oscar-winner Louis Gossett Jr., Lisa Nichols, Lisa Sasevich and Chilli from TLC are definitely among my favourites as well. Having interviewed them, it became easier to get other big names that I wanted to interview.

Interviewing Russell Simmons was also significant for me, although it was for just seven minutes at 7:00 a.m. It really took my business to another level.

One interview can make a huge difference to your broadcasting business. 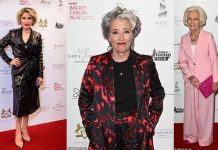 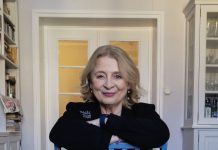 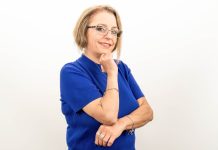 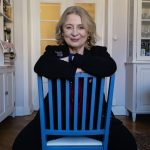